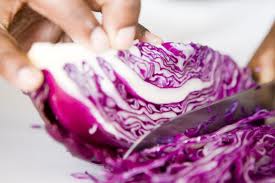 Chef Curtis Ross has traveled throughout the world, providing personal chef and catering services to corporate clients, international dignitaries and such high-profile personalities as Will and Jada Smith. Join Chef Curtis for his Summer Cooking Series in Avondale Estates at the beautiful Lakehouse at Avondale as he shares his holistic approach to blending food and folklore. Learn easy cooking techniques to create amazingly delicious cuisine to support vibrant health and weight management for you and your family all in the beautiful setting of Avondale's historic Lakehouse. Register: 470-554-6890. $80/class; $240 (4 CLASSES), $440 8 CLASSES. The show starts at 6:30 PM

I'm So Excited at Midtown Cinema

In writer/director Pedro Almodóvar's bawdy comedy I'm So Excited!, the filmmaker's most joyous and colorful film since Women on the Verge of a Nervous Breakdown, passengers are put in a precarious situation aboard a plane flying from Spain to Mexico City when a landing gear failure endangers their lives. As the pilots strive to find a solution, the flamboyant flight attendants and chief steward try to forget their own personal problems and devote themselves body and soul to the task of making the flight as enjoyable as possible for the hysterical passengers. But life in the clouds is as complicated as it is at ground level, and all the passengers have some kind of secret. When faced with their potential demise, everyone reacts with unfiltered honesty and riotous sexual abandon. (Fully subtitled) The show starts at 1:35 PM

It's a little bowl of heaven, with crunchy rice at the bottom and topped with a sunny-side up egg. Think of it a crucible for the chefs at Empire to experiment with their magic. Because what's in the middle changes by season. Sometimes beech mushrooms. Sometimes house-made bologna. Sometimes squash blossoms. Flavors blend. Everything locally sourced. Always good. Start out with the melons and peppercorn salumi. Pair with a pinot grigio. Then order a syrah, and the farm egg. A great meal.

Belly up to the well designed bar at Empire and order yourself a big glass of bordeaux and the charcuterie plate. Winner of Creative Loafing's charcuterie smack down (really? Charcuterie SmackDown?), it's a selection of sausage, terrine, pate, and lots of things pickled - tomatoes, peppers, and our favorite, mustard seeds. Have the plate for two and share some wine and have long conversation about your next vacation.