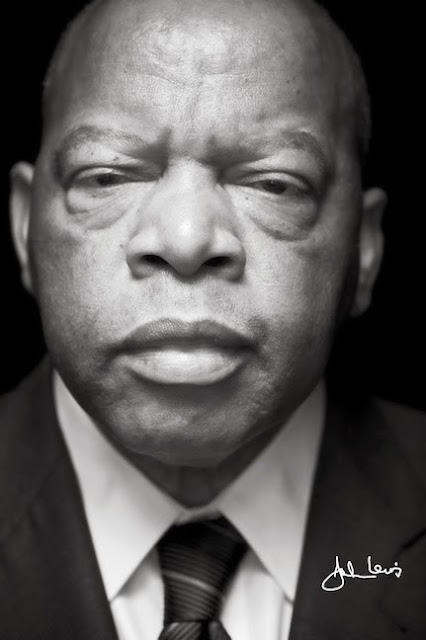 Rep. John Lewis is giving the Keynote for the Decatur Book Festival this year, the largest independent book festival in the country. Check out the festival over the weekend, and make sure you make it to Lewis' introduction as we celebrate the 50th anniversary of Dr. King's March on Washington. It's on Fri., Aug. 30, 8 p.m. at the Schwartz Center for Performing Arts at Emory. The show starts at 8:00 PM

20 Feet from Stardom at Tara Cinema

It's in the top 5 movies of 2013 so far in Rotten Tomatoes. 20 Feet from Stardom ironically shines a light on the untold world of back-up singers. From the producers, TWC-Radius: Millions know their voices, but no one knows their names. In his compelling new film 20 FEET FROM STARDOM, award-winning director Morgan Neville shines a spotlight on the untold true story of the backup singers behind some of the greatest musical legends of the 21st century. Triumphant and heartbreaking in equal measure, the film is both a tribute to the unsung voices who brought shape and style to popular music and a reflection on the conflicts, sacrifices and rewards of a career spentharmonizing with others. These gifted artists span a range of styles, genres and eras of popular music, but each has a uniquely fascinating and personal story to share of life spent in the shadows of superstardom. Along with rare archival footage and a peerless soundtrack, 20 FEET FROM STARDOM boasts intimate interviews with Bruce Springsteen, Stevie Wonder, Mick Jagger and Sting to name just a few. However, these world-famous figures take a backseat to the diverse array of backup singers whose lives and stories take center stage in the film. - TWC-Radius The show starts at 2:15 PM

Belly up to the well designed bar at Empire and order yourself a big glass of bordeaux and the charcuterie plate. Winner of Creative Loafing's charcuterie smack down (really? Charcuterie SmackDown?), it's a selection of sausage, terrine, pate, and lots of things pickled - tomatoes, peppers, and our favorite, mustard seeds. Have the plate for two and share some wine and have long conversation about your next vacation.