On Thursday, experience an Atlanta Tradition.  The Santaland Diaries is on at the Horizon Theatre at 8.  David Sedaris' story of a struggling elf at the Mall at Christmas is sure to make your season bright.  Start the day with banana pancakes.  Then catch up on your reading with New York Times best seller The Last Man.  Lunch at Eats follows, and then the Planetarium show at Fernbank Science Center.  Finish up the day with dinner at the Vortex and the Santaland Diaries.  Great Thursday!


In another step to welcoming the Holiday season, it's time for a good play on Thursday.  See the Santaland Diaries at the Horizon Theatre.  From the theatre:


"For nearly 15 years, Atlantans who are more comfortable sampling super-stiff eggnog at Christmastime than taking a spin on the Pink Pig have flocked to the Horizon Theatre's annual run of David Sedaris' The Santaland Diaries. Harold Leaver marks his 14th year as Crumpet, the apathetic struggling writer who toils as a department-store Santa's minion to make ends meet in the play — firmly established as one of Atlanta's favorite adults-only Yuletide traditions — directed by Jeff Adler and co-starring Enoch King and Lala Cochran."


Here's what you do Thursday,

Second:  Catch up on some reading.   The number one on the New York Times best seller list, and a solid 4.35 stars on GoodReads.com, The Last Man by Vince Flynn won't disappoint.  Here's a description from GoodReads:

The four dead guards didn’t concern Mitch Rapp as much as the absence of the man they’d been paid to protect. Joe Rickman wasn’t just another foot soldier. For the last eight years Rickman had ran the CIA’s clandestine operations in Afghanistan. It was a murky job that involved working with virtually every disreputable figure in the Islamic Republic. More than a quarter billion dollars in cash had passed through Rickman’s hands during his tenure as the master of black ops and no one with a shred of sense wanted to know the details of how that money had been spent.

At first glance it looks as if Rickman has been kidnapped, but Rapp knows certain things about his old friend that cause him to wonder if something more disturbing isn’t afoot. Irene Kennedy, the director of the CIA, has ordered Rapp to find Rickman at all costs. Rapp must navigate the ever-shifting landscape of Afghanistan as the Taliban, Iranians, Pakistanis and Russians all plot to claim their piece of the war torn state.

With Afghanistan crumbling around him, Rapp must be as ruthless as his enemies and as deceitful as people in his own government if he has any hopes of completing his mission." 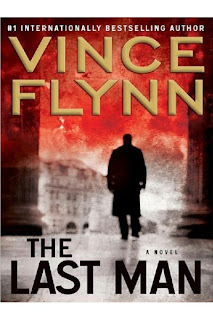 Get it at Amazon, or iTunes.

Third:  Lunch at Eats.  Eats on Ponce serves up an eclectic blend of Caribbean and southern cuisine.  Jerk chicken, spicy back beans, collard greens, corn bread.  It's healthy, fast, and so good.  I like to get the jerk chicken plate, with cornbread, rice, and blackbeans myself.  But, make sure to check out the menu and take it all in.  ($ - $10 per person).

Fourth:  Planetarium at Fernbank Science Center.  See the 'Tis the Season show at the planetarium.  From the Center:


"Get in the holiday spirit, as we tour the winter constellations and explain the seasons on Earth. Examine the history of holiday traditions around the world and explore possible astronomical explanations for a "Star over Bethlehem." Was it a comet, a meteor or supernova?"

Tickets are $4-$5.   There are multiple shows throughout the day.  Check out the schedule at the Science Center website.

Sixth:  An early dinner at the Vortex in Little Five Points.   They're famous for their burgers and their attitude.  Check out this quote from the Vortex rules you'll find in the menu:

Cell phones are a part of modern life, so we can’t really ban them. And you are free to be as rude to your friends and dining companions as you’d like, but if you expect our staff to serve you, then you need to get off the &*$% cell phone. Vortex employees won’t talk to anyone using a cell phone at our host stand, tables or at the bar. Seriously, we will totally ignore you. In fact, using a cell phone while trying to place an order may result in bodily injury or death."

Today's full day plan can take up to about 20 miles of driving, if your home base is midtown Atlanta.  The 20 miles equates to about 15 pounds of carbon dioxide, or the carbon sequestered by about 3 sq feet of forest.  Calculations are based on the U.S. EPA's green house gas equivalencies calculator.
20 miles of driving
15 pounds of carbon dioxide
3 square feet of forest would be required to sequester this carbon.